I spent all summer into October working on a long chapter from Against Theodosia, the next volume of Famepunk. I called it The Lutheran. When it was done, I put it aside for a month. My plan was to publish the chapter as a Christmas-themed Kindle Single and use it to "draw people into" the rest of the series at the buying time of year.

So I spent part of the fall slacking off from being a financially unsuccessful writer. I read a lot and watched movies, it was wonderful. Then I got involved in another writing project, unrelated to Famepunk but still, coincidentally, with Russian and Jewish characters. I was really getting into it but then ran into Thanksgiving. At which point the first Sunday in Advent, my deadline, loomed.

With the help of kind readers (Claudia, Rags & James) I was able to make pretty quick work of the final revisions. The cover design went very smoothly; in PhotoShop I was able to copy over the basics of the previous cover designs, having learned how to do this while making them. Then, on the last morning of the last minute before publishing, I decided that it wasn't a chapter from Part 3--it was a part itself. Which makes it Part 3: The Lutheran.

Like a flash, I finish the cover, prepare all the text files, fiddle fiddle fiddle upload and quickly publish digital versions for Kindle & Smashwords. A week later, Amazon lists the elegant-122 page print paperback version, a nice little slim little self-contained story that skips ahead in the Famepunk chronology to the very end of 1991 when the heroine, Emma Jasohn, is about to have a baby. To some degree, the whole thing really is a Christmas story. 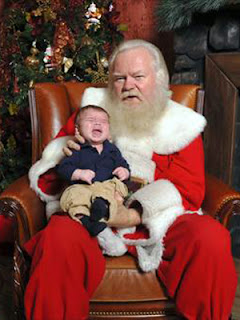 It's also a comedy about the Protestant Church. The lead character (The Lutheran) is a stranger to the Famepunk story who gets hired as Emma's emergency German tutor. He's German and so is his (also pregnant) wife, they both attend Union Theological Seminary where they're honing their skills and qualifications for the Lutheran priesthood. So this is the part of my subversive lesbian global-historial romance that's told from the point of view of a heterosexual male.

Technically, I felt it was the best choice, in large part because it absolved me of having to write so intimate an account of "the process" as I might have attempted otherwise. It wouldn't have been very good. Third trimester pregnancy, amniotic fluids, contractions, labor pains, crowning, placenta--what do I know? I think undergoing this experience sounds horrible.

The thing is, I have never had a baby. I've never wanted to have a baby, care for a baby, raise a baby, at all. Neither does Emma Jasohn, she is unwillingly pregnant, carrying a baby she doesn't want to full term because the people who control her life plan to profit from this baby--which, in her case, will be a celebrity baby, since she's famous and the baby's father is, too. But while I was writing this part of the story I thought a lot about how many girls and woman have babies they don't want, every day the unwanted are born to miserable mothers imprisoned by their own circumstances.

And still those mothers and children turn out okay all the time. So, Merry Christmas...buy a book!
Posted by Me